Robocalls – Everything You Need To Know 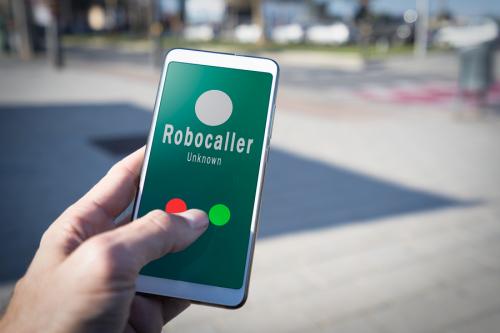 Often associated with fraud and spam, the annoying robocall is a phone call that uses a computerized autodialer to deliver a pre-recorded message. Legitimate robocalls can come from a number of sources, including political candidates running for office, charities, doctor’s offices and debt collectors. Not so legitimate calls come from fraudulent companies who “sell” things, such as extended warranties on your car and vacation packages, etc. When illegal robocallers are not trying to sell you something, they’re trying to obtain personal information. There are some robocallers that even disguise themselves as legitimate organizations you’re associated with like your phone carrier or the IRS!

In the U.S., these unsolicited robocalls are illegal to wireless phones, landlines for residents (who do not have an established business relationship with the caller), and for numbers listed on the National Do Not Call Registry. This includes calls and texts!

The man behind robocalls is Tony Inocentes. He designed the technology and launched it in 1983 to announce his candidacy for the 57th Assembly District in California. Running a debt collection agency, he also invented phone software in 1989 that could be used by debt collectors at large. He then invented political robo polling in 2001. Since then, the industry has been flooded with robocall copy cats that have used its function towards criminal ends.

According to the Federal Communications Commission (FCC), a 2016 analyses estimated that consumers received nearly 2.4 billion robocalls every month. In a 2017 report by NBC, it was cited that also “in 2016, roughly 22.1 million Americans lost a total of $9.5 billion in robocall scams.” This was a “130 percent growth in fraudulent robocalls since 2015.”

What the telecom industry is doing to prevent the calls

Because robocalls are such a systemic nuisance and in many cases illegal, there are a number of initiatives and laws underway to address them. Multiple government bodies and companies alike have joined forces to create those laws, as well as, voice provider guidelines and technology. Below, I list five main categories of groups, initiatives and tools.

Learn about all the ways GTB can help

What you can do

While laws, guidelines and technology catch up with the creators of Robocalls to remedy the situation, consumers and businesses alike can do a variety of things to address the issue. Here are a number of ways to protect yourself:

GTB is here to help

GTB provides free assessments of companies’ unified communications systems to see if we can save you money, provide you with higher speed fiber internet and/or secure your internet and data with firewall, anti-virus software and cloud backup.  For the past 25 years, GTB has provided a variety of Business Phone Solutions and High Speed Internet Service with Internet Security. Headquartered in Baltimore, MD, we provide local customer care to companies in Maryland, DC and Northern VA. Rather than find multiple providers for each service, we also make acquiring and managing these services easier by providing a “one- stop- shop” experience. GTB is currently offering a Summer Promotion, and it expires August 30th! Learn more.

Talk to us about our Summer Promotion

Related Articles: Say No to “Tech Support” Phone Scams, Difference between 3G, 4G LTE and 5G VoLTE: What it all means and Smartphones Are Changing The Way We Work.